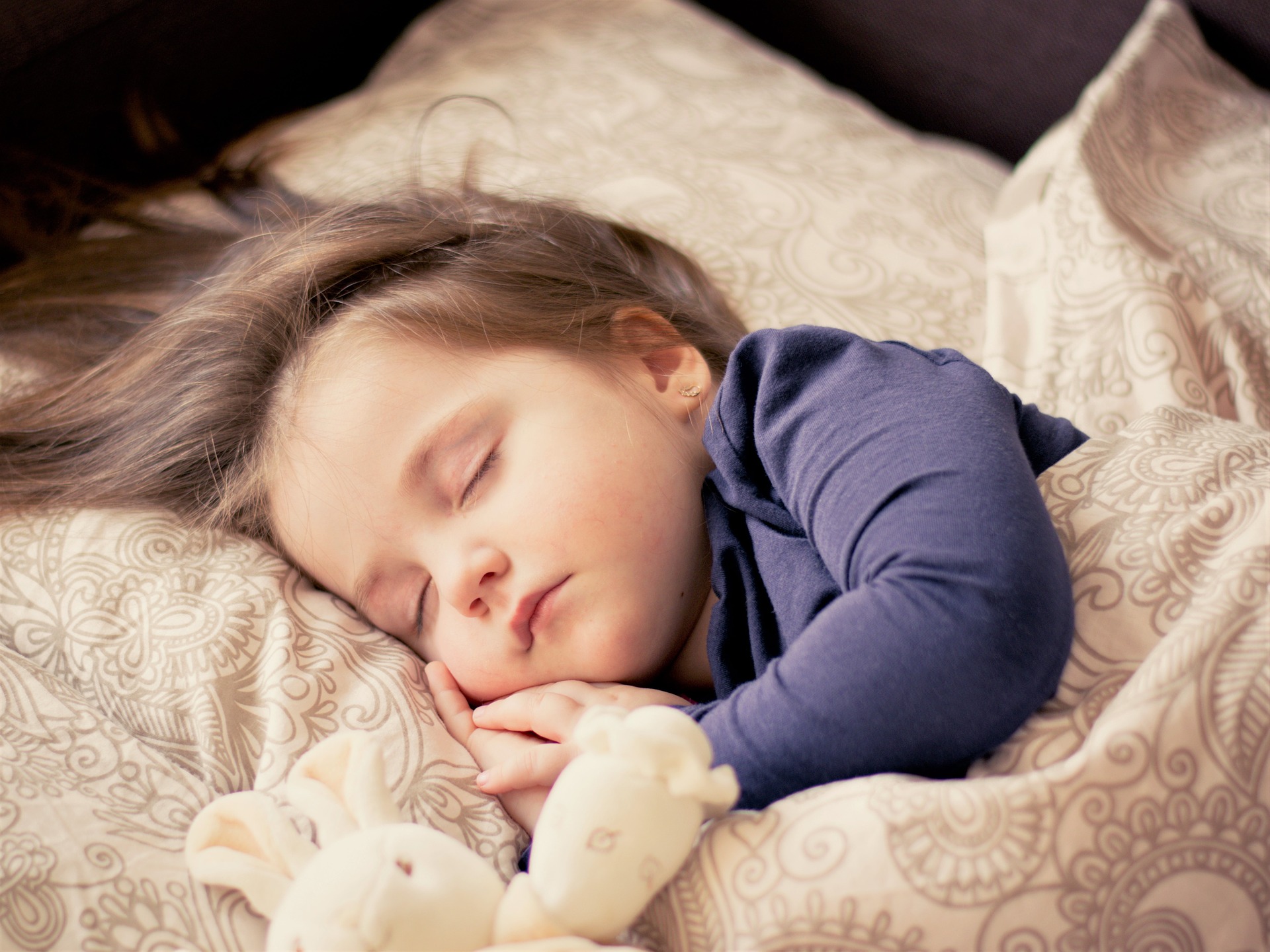 This write up is a section from our Eyes, Sleep and Skin Effects page. References for Melatonin follow this short synopsis.

Government agencies state that it is now essentially proventhat use of digital devices at night such as cell phones, tablets, computers and TV’s with LED lighting and even overhead LED lighting, can interrupt human sleep patterns as they emit blue light frequencies.  Blue light hits receptors in retinal ganglion cells which send a message to the suprachiasmatic nuclei of the hypothalamus, the seat of the central circadian clock. This retinal clock then sends the message to the rest of the body in order to synchronize all of the biological functions with the day/night cycle (ANES 2019). The secretion of the sleep signaling hormone melatonin by the pineal gland occurs only in darkness and is  suppressed by blue light, thus altering the circadian rhythm.

West (2011) demonstrated that the strongest melatonin response was between 446 nm and 477 nm.  In a recent study by UCSF, Direct Measurements of Smartphone Screen-Time: Relationships with Demographics and Sleep. scientists concluded,”Longer average screen-times during bedtime and the sleeping period were associated with poor sleep quality, decreased sleep efficiency, and longer sleep onset latency.” A other recent study by Chindamo (2019), Sleep and new media usage in toddlers, found everyday use of a tablet or smartphone raised the odds of a shorter total sleep time and a longer sleep onset latency. Excess screen time is also associated with other health issues as described in this paper by Kenny(2017), United States Adolescents’ Television, Computer, Videogame, Smartphone, and Tablet Use: Associations with Sugary Drinks, Sleep, Physical Activity, and Obesity.

A study by Chang (2015), Evening use of light-emitting eReaders negatively affects sleep, circadian timing, and next-morning alertness,demonstrated that these LED devices can shift our natural sleep clock. The researches compared 2 groups of participants. One group read an e-book with LED (peak 450nm) lighting 4 hours before bed and the second group read a printed book again 4 hours before bed.  In the  e readers they found lower melatonin levels, less REM sleep and after 5 days they demonstrated  a 1.5 hour phase shift in circadian clock., thus it took longer for them to fall asleep. Although at night the e readers were more alert, in the morning they were less alert. The researchers conclude, “Our findings provide evidence that the electric light to which we are exposed between dusk and bedtime has profound biological effects.”

Although blue light does not directly reach the fetus, scientists have found that the maternal reduction in melatonin, a potent internally produced antioxidant, may affect fetal neurodevelopment and be associated with autism spectrum disorder (ASD) (Jin 2018). Studies have shown that melatonin is a critical hormone that is neuropcrotecive in ASD and also protects from DNA damage.(Braam 2018) showed that melatonin “levels were significantly lower in mothers with an ASD child.”

Reiter (2013) notes that melatonin serves and important role in reproduction.” Melatonin is a multifaceted molecule with direct free radical scavenging and indirect antioxidant activities. Melatonin is produced in both the ovary and in the placenta where it protects against molecular mutilation and cellular dysfunction arising from oxidative/nitrosative stress….Optimal circadian rhythmicity in the mother is important since her circadian clock, either directly or indirectly via the melatonin rhythm, programs the developing master oscillator of the fetus.” Disrupted melatonin cycles are associated with disturbances in behavior in the newborn.

Hsu (2020) reviewed the literature and concludes that reduction in maternal melatonin could affect signaling pathways, predisposing the fetus to a number of adult chronic health conditions. They describe the critical role that melatonin plays in development. Melatonin receptors are present in many tissues in the human fetal brain. Although the fetal pineal gland does not secrete melatonin until after birth, maternal pineal melatonin does cross the placenta. Maternal light signals thus can be transferred to the fetus. The biological clock is run by a complex system of molecular signals affecting transcription and stress pathways. The authors note, “Placenta-derived melatonin acts as an autocrine, paracrine, and endocrine hormone in a non-circadian fashion…Placenta-derived melatonin not only acts with the MT1 and MT2 receptors but also directly scavenges free radicals, which reduce oxidative damage to placental tissues.”

In  2016 the American Medical Association warned cities that the new energy efficient street light that were being installed to combat global climate change can harm the retina, affect circadian rhythms and sleep patterns. Studies have shown that brighter residential nighttime lighting is associated with sleep disruption. AMA Board Member Maya A. Babu, M.D., M.B.A states, “Despite the energy efficiency benefits, some LED lights are harmful when used as street lighting, The new AMA guidance encourages proper attention to optimal design and engineering features when converting to LED lighting that minimize detrimental health and environmental effects.”

Blue light emitted from LED screens from computers, cell phones and tablets can inhibit melatonin production and alter circadian rhythms. Melatonin is a potent antioxidant, produced in the pineal gland, and is also found  in the retina where it modulates genes responsible for circadian rhythms via the ganglion cell layer (Blasiak 2016).   Researchers have found photosensitive retinal ganglion cells (ipRGCs) in the mammalian brain which are not related to image formation but direct circadian rhythms, pupil constriction and alertness through 465nm blue light Vandewalle(2018).

This cascade of biological effects contributes to a host of chronic disease states, including high blood pressure, depression and cancer.

Dr. David Blask and colleagues have conducted a series of studies showing that light suppresses melatonin leading to stimulation of breast cancer growth. When they grafted human MCF-7 breast cancer cell xenograft on mice and exposed one to light- light and the other to light-dark environments they found the light- light group had increased cancer cell growth rates. (Blask 2002)   The International Agencyfor Cancer Research (IARC) classified shift work that involves circadian disruption as a “probable carcinogen”. (IARC 2007)

Mortazavi et al (2018) reviewed the literature and concluded that the evidence is strong that blue light reduces the secretion of melatonin. The authors recommend that women who are genetically predisposed to breast cancer should avoid blue light exposures before sleep by avoiding blue light emitting screens and lighting, or using blue light blocking glasses.

Melatonin Effects of EMR and Light at Night